They rolled past before I could utter a word.  I was sure I had missed my chance as that gritty rumble of their wheels faded around the corner ahead of me.  Fortunately it was a hot afternoon and I found them sitting in the shade 15 minutes later.  I’m not sure what these three youthful skaters thought of  “the old guy” approaching them, but they were on their feet again the instant I asked to photograph them.  They played along as I posed them together with their long boards.  This black & white photo was my favorite group shot.  His confident stand on the left, her spunky side look in the center, and his wry glance on the right worked beautifully.  (I’ve included an earlier color shot below.)  They were awesome for the camera.  I’m very glad I met them.

Foreshadowing:  I have at least two other good photos from our brief encounter — both in motion.  I’ll queue them up in the coming weeks. 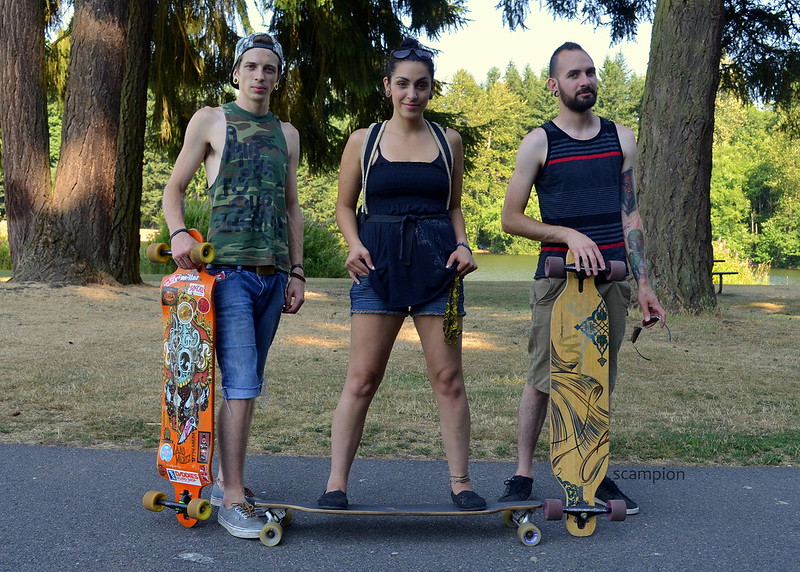