This boy was doing some fancy dribbling.  I spotted him from distance away.  Not only was I surprised to see someone with a basketball on the State Fair midway, but was impressed with his skills: quick moves, low dribble, between the legs, behind the back.  I asked him and his family if they wouldn’t mind me capturing some the action.  They said it would be okay.  He hesitated for a moment.  I said “just do your stuff” and he fell right into a smooth rhythm.  Skill and confidence.

Our encounter was brief (even though I took more pictures of him going through his moves than I usually do for Northwest People).  In that brevity I missed the chance to tell him that he was the second basketball player I’ve photographed for this website.  And in that regard he’s in great company. The first basketball player photo, taken three years earlier but ironically barely 100 feet away, was an NBA player who mugged for my camera with his cousin and kids.  Keep dribbling! 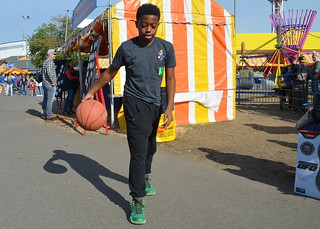 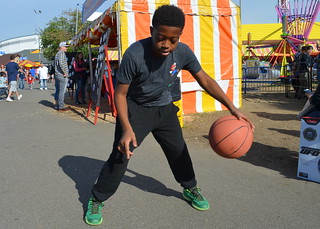 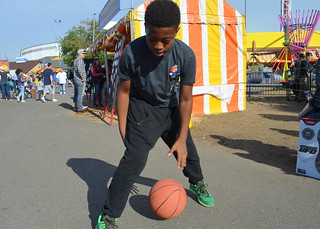 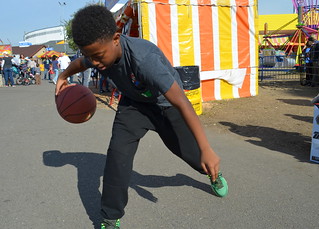